In the place where we are right,
Flowers will not bloom
In springtime….  —Yehuda Amichai 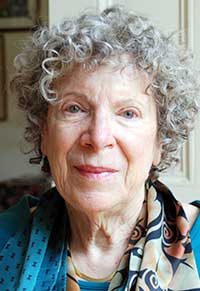 Israeli-American writer, teacher, and an academic, Linda Dittmar is the author of Tracing Homelands; Israel, Palestine, and the Claims of Belonging. Part history, part travelogue, and part memoir, it is a braided account of Israel’s early years of statehood and the Palestinian Nakba—the “catastrophe” of mass expulsion—remembered as an Israeli child growing into young adulthood and as an adult, now living in the U.S., who comes to see that history with new eyes. A recipient of an Artist Fellowship from the Massachusetts Cultural Council, her writings appeared in The Massachusetts Review, Jewish Currents, Harvard’s Divinity School’s Bulletin, Consequence, and Nowhere magazine.

Now Professor Emerita, Linda received her Ph.D. in English from Stanford University. She taught literature and film studies at University of Massachusetts at Boston for forty years, including visiting lectureships in India, at Tel Aviv University, at Tufts University, and at the University of Paris. Her academic publications include the books From Hanoi to Hollywood; the Vietnam War in American Film, and Multiple Voices in Feminist Film Criticism as well as long service on Radical Teacher magazine’s editorial board. With family roots in Ottoman Palestine, she continues to visit Israel often.